This support page contains some high level technical product information. As a GroupTalk customer you can log into the Knowledgebase to get access to more information.

Most users should download the GroupTalk app for Android from Google play or GroupTalk for iPhone from App Store.

Organisations that use MDM systems can download the GroupTalk APK from:

The GroupTalk Provisioner is a native application that you install and run on your PC or Mac to:

Apple iPhone and iPad devices with iOS 12 or later is supported by GroupTalk.

GroupTalk can be used on smartphones and tablets with Android version 5.0 or later from manufacturers such as Samsung, Sony, Motorola, Zebra, Sonim and others.

The GroupTalk app is available for smartphones and tablets with Android version 5.0 and iOS 12 and higher.

The GroupTalk features accessible by the user are controlled from the web admin. Therefore different users may have access to different features and correspondingly the buttons visible in the GroupTalk app may change. The following buttons can be added / removed:

Example of the user interface of the GroupTalk app

In order to get the best user experience from the GroupTalk service it is recommended that you get appropriate PTT hardware.

More and more organizations provide smartphones to their employees. Using these smartphones for multiple work tasks is often an easy decision to increase efficiciency cost effectively.

However, in order to get the best user experience from GroupTalk on your smartphone or tablet it is recommended that you add a bluetooth PTT button or a remote speaker mic. The benefit is that you can keep the phone in the pocket and use the accesory to activate PTT.

The GroupTalk PC Dispatch is used in Operations and Emergency Centers. In order to get the best user experience it is recommended that the PC or Mac is equipped with a USB desktop microphone with PTT or a USB footpedal for PTT.

GroupTalk radios such as the GT13, GT23 and GT24 are two-way radio type of devices, but with additional features.

For GroupTalk users that communicate a lot it might not be sufficient to only rely on a smartphone, but instead complement with a dedicated Push-to-Talk device.

Dedicated PTT devices can be provided with accessories, such as:

There is an increasing number of PoC radios/phones/smartphones available in the market and some models work better with GroupTalk than others.

If there is a particular model that you are interested to use, it is a good idea to check with GroupTalk if that model has been tested.

The GroupTalk Provisioner app is available for PC and Mac and can be used to efficiently manage the GroupTalk app on Android devices, including app installation, automatic software updates, app settings and user account provisioning of devices.

Provisioning can be done via a USB connection to the device from a computer or remotely Over The Air (OTA). This is a power full tool for admin users. 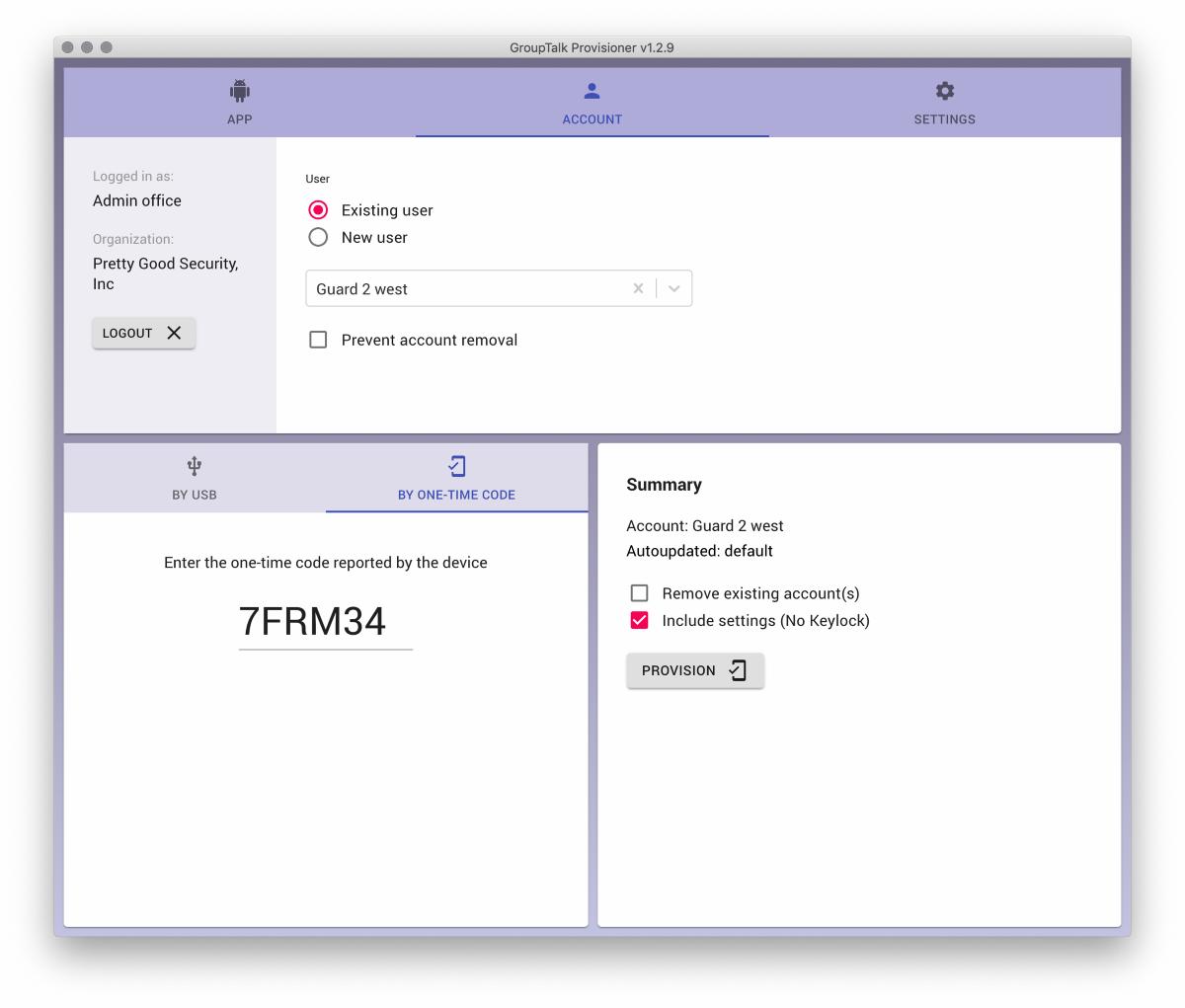 Many companies have invested in two-way radio systems over the years and are now looking to cost effectively extend the land coverage of the PTT communication with PoC.

Other scenarios may be that parts of the operation take place at locations with little or no coverage of mobile or Wi-Fi networks, such as offshore operations, tunnel work, etc.

This website uses cookies to track your behaviour and to improve your experience on the site.
You can always delete saved cookies by visiting the advanced settings of your browser.